Yaniv Newman is a member of Sullivan Hill’s Construction, Insurance, and Commercial and Business Litigation practice groups.  His practice is primarily focused in the areas of construction and insurance coverage matters.  In this capacity, Mr. Newman represents and advises members of the commercial and residential building industries including developers, builders, design professionals, and specialty contractors. From contract negotiation through project completion, Mr. Newman has experience advising and representing clients on issues that arise during the course of construction including performance and payment disputes, progress claims, and mechanic’s liens, as well as the disputes that arise from and occur after project completion such as warranty and construction defect claims.

Mr. Newman also represents and advises clients on insurance coverage matters.  His practice includes advising clients on a variety of insurance products and claims – including representing insureds in both first- and third-party claim disputes with their insurers.  Mr. Newman has also successfully represented clients in coverage litigation such as reimbursement actions by insurers seeking reimbursement of payments made for allegedly uncovered claims, and in bad faith actions by insureds against their insurers.

Prior to his undergraduate studies, Mr. Newman served in the United States Marine Corps for four years, including one tour of duty in Iraq in 2003. He graduated from the University of California, Berkeley where he obtained his B.S. degree in Business Administration from the Haas School of Business.  Mr. Newman earned his J.D. from the University of San Francisco School of Law. While in law school, he served on the staff of the Intellectual Property Law Bulletin and assisted in representing individuals in arbitration’s before the Financial Industry Regulatory Agency (FINRA) as part of the law school’s Investor Justice Clinic. He was admitted to the State Bar of California in 2013 and to the State Bar of Washington in 2020.

Prior to joining Sullivan Hill, Mr. Newman worked at litigation firms in San Francisco and Santa Rosa, where he primarily focused on construction, personal injury, insurance defense, and business litigation.

Mr. Newman is a member of the Construction Law Section of the San Diego County Bar Association. He is also a member of the Building Industry Association of San Diego, Claims Litigation Management Alliance, and the Southern California Trades Association. From 2015-2018, he served as chair of the board of directors of Swords to Plowshares, a San Francisco based veterans service nonprofit that provides a variety of services to thousands of Bay Area veterans each year. 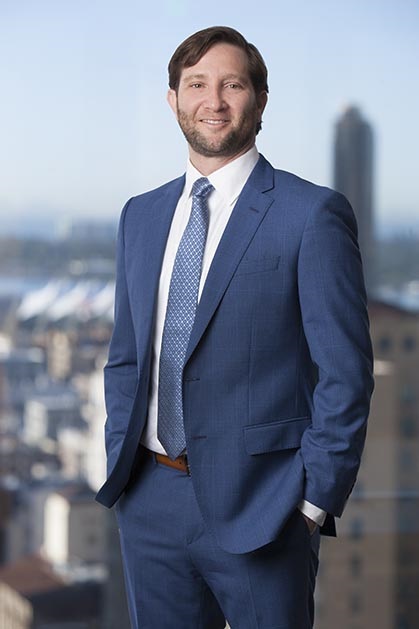