Ms. Sweeney also has significant appellate experience in California state and federal courts, including successfully arguing at the United States Court of Appeals for the Ninth Circuit, as well as first and second-chair trial experience. She is a persuasive oral advocate, and has enjoyed a very successful motion practice, having won almost every dispositive motion that she has written. Ms. Sweeney was selected by her peers for inclusion in the 27th and 28th edition of Best Lawyers in America® in the field of Commercial Litigation. She also has been selected for the “Women of Influence” award by San Diego Metropolitan Magazine. Ms. Sweeney was also recognized in the special section titled, “Women of Influence in Law 2021,” of the San Diego Business Journal (SDBJ) for her accomplishments in the San Diego legal community.

Ms. Sweeney obtained her J.D. from the University of San Francisco School of Law in 1999, where she was an active member of the Moot Court Board and the USF Law Review (with published case note: Sharon P. v. Arman). She was the winner of the McFetridge Award for best trial advocate, and finalist for the Advocate of the Year Competition.  She was also a member of the National Moot Court and Appellate Advocacy Competitions Teams.

Ms. Sweeney is a member of the State Bar of California, San Diego County Bar Association, Lawyers Club of San Diego, and Association of Business Trial Lawyers. She currently serves as the Vice President of the MOXIE Theatre Board of Directors, a professional non-profit theatre in San Diego with a mission to create more diverse and honest images of women. She has also been honored to share her legal expertise by teaching trial skills and deposition courses throughout the country for the National Institute of Trial Advocacy for over 15 years.

Four Sullivan Hill Attorneys Recognized as "Women of Influence: 50 Over 50 2021" by the San Diego Business Journal 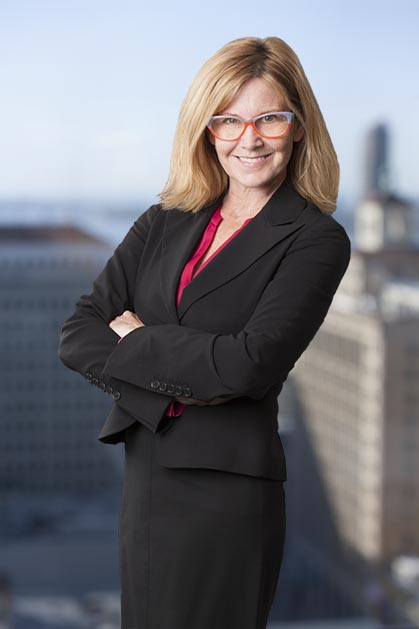