Mr. Kulkarni has an AV® Preeminent™ Peer Review Rating by Martindale-Hubbell. He was named a Top Lawyer in the field of Construction Law by San Diego Magazine in 2019 and 2020. He has been named a Rising Star by Super Lawyers in the areas of Construction Litigation, Business Litigation, Real Estate, and Surety Law for the years 2015 through 2020. Mr. Kulkarni was named to the “Top 40 Under 40” list by the San Diego Daily Transcript in 2020. He was also named to SD Metro Magazine’s “Top 40 Under 40” list in 2019, and named a 2018 finalist for the San Diego Business Journal’s “Next Top Business Leaders Under 40” list.

Mr. Kulkarni is a former two-time Chairman of the Construction Law Section of the San Diego County Bar Association. He currently serves on the Steering Committee of Division 13 (Government Construction) of the ABA Forum on Construction Law, as well on the Forum’s Diversity Committee. He serves as an Advisory Board Member and Mentoring Program Co-chair of the Crawford Academy of Law Program in San Diego. He is an associate member for the San Diego/Tijuana Chapter of the Urban Land Institute. Mr. Kulkarni is also a member of various other professional and bar organizations, including the State Bar of California, the Louisiana State Bar Association, the Pearlman Association, and the National Bond Claims Association.

Prior to joining Sullivan Hill, Mr. Kulkarni practiced in the areas of construction, surety, and real estate litigation in New Orleans, Louisiana.

Mr. Kulkarni has extensive experience in complex construction and real estate litigation. He has tried cases before civil courts and arbitration panels and has participated in numerous mediations. He has filed appellate briefs with the Louisiana First, Third, and Fourth Circuit Courts of Appeal and the United States Fifth Circuit Court of Appeals. He is also a frequent speaker on topics in the fields of construction, surety, and real estate law.

Prior to entering private practice, Mr. Kulkarni served as a law clerk for the Honorable John Saunders, Louisiana Third Circuit Court of Appeal.

Mr. Kulkarni is a member of the State Bar of California, Louisiana State Bar Association, San Diego County Bar Association, ABA Forum on Construction Law, and Claims and Litigation Management Alliance. He is an advisory board member and Mentoring Program co-chair of the Crawford Academy of Law Program. He is also an associate member for the San Diego/Tijuana Chapter of the Urban Land Institute. Mr. Kulkarni is a member of several surety-industry organizations, including the Pearlman Institute and National Bond Claims Association. 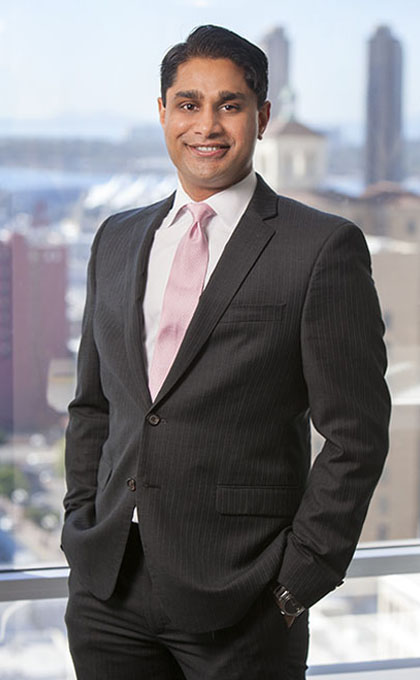