A founding member of Sullivan Hill, member of its Executive Committee and chair of the Insolvency and Commercial Bankruptcy practice group, Jim Hill practices primarily in the areas of bankruptcy, insolvency and commercial law. His bankruptcy experience includes representation of creditors, bankruptcy trustees and select bankruptcy debtors in Chapter 11 business reorganization cases, and he has served as a court-appointed examiner and mediator. Mr. Hill also works regularly with clients on asset sales and acquisitions, on state and federal court receivership cases, and on business workouts, restructuring and dissolution matters, among other commercial law matters.

Mr. Hill served two terms as the inaugural Chair of the Board of Representatives of the California Lawyers Association (CLA) from its launch in January 2018 through October 2019, representing nearly 100,000 current California attorneys and other members of its various Sections. He previously served as the CLA Board Representative of the Business Law Section (BLS), of which he was the chair in 2016-2017 when it was still part of the State Bar of California. Prior to that, Mr. Hill was co-chair of the BLS Insolvency Law Committee (2012-2013).

Mr. Hill has also been recognized as a Super Lawyer in the field of Bankruptcy and Creditor/Debtor Rights in 2007-2020 and was named a Top San Diego Lawyer in 2015-2020 by San Diego Magazine. He was selected as one of The Daily Transcript’s “50 Influential Leaders” in the San Diego business community for 2018. He was also named Mediator of the Year by the Bankruptcy Court for the Southern District of California in 2013, 2014 and 2015. 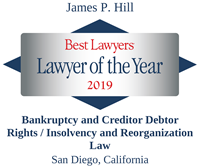 Mr. Hill frequently participates as a moderator, panelist and lecturer at bankruptcy and commercial law seminars and symposiums. Recently, he served as a moderator and panelist at a joint program of the Los Angeles and Orange County Chapters of the California Receivers Forum on “Realizing Possible Value on Fractional Interests in Business Entities and Real Property Assets.” Previously, he served as a moderator of a joint program of the San Diego Bankruptcy Forum, San Diego Receivers Forum, and the San Diego County Bar Association entitled, “The Collision of Bankruptcy and Receiverships.”

While at the University of Texas, he was a member of several academic honor societies, including Phi Kappa Phi, Kappa Tau Alpha and the Order of the Coif. 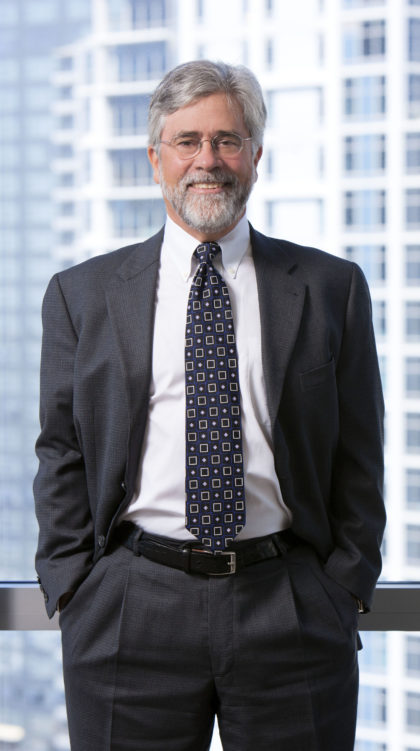