Mr. Rudolph is a mediator for the United States Bankruptcy Court, Southern District of California, and was chosen as the outstanding mediator by the Judges of the Bankruptcy Court in 1991. He has also qualified and served as a bankruptcy examiner and as an expert witness in bankruptcy matters.

Mr. Rudolph served on the Legal Education Committee of the Federal Bar Association for 2020. He also has been appointed to serve on the Executive Committee of the Business Law Section (BLS) of the California Lawyers Association for 2020-2023, and as secretary for the 2022-2023 term. He formerly was the chair of the Insolvency Law Committee (ILC) of the BLS for 2019-2020, the co-vice chair for 2018-2019 as well as the chair of the ILC Legislative Subcommittee.

On behalf of the California Bankruptcy Forum, he is a board member and the Conference Chair for its 2023 annual conference.

Through his involvement in the National Association of Bankruptcy Trustees, he was elected as Chair of its National Rules Committee for 2022-2023.

Mr. Rudolph holds a Martindale-Hubbell’s AV® Preeminent™ Peer Review Rating and was selected by his peers for inclusion in the 27th, 28th and 29th edition of Best Lawyers in America® in the fields of Bankruptcy and Creditor Debtor Rights/Insolvency and Reorganization Law. He was also recognized in 2019 as one of the West Coast’s Top Rated Lawyers and named a 2012 Top Rated Southern California Lawyer by Martindale‐Hubbell and American Lawyer Media.

As a member of the National Association of Bankruptcy Trustees, he has lectured at its national conferences. He also lectures locally for the San Diego Bankruptcy Forum, Bankruptcy Section of the San Diego County Bar, California Receivers Forum, and has hosted radio segments on ESPN Talk Radio. He is also a frequent author on bankruptcy related issues.

He is licensed to practice law in the State of California, all District Courts in California, and the Ninth Circuit Court of Appeals, where he has been successful in argument.

Gary Rudolph Published by the Business Law Section of the CLA

Gary Rudolph to Present at the NABT 40th Annual Conference

Gary Rudolph to Present at SDCBA’s "State of the Bankruptcy Court: Perspectives from Clerks of the Court" 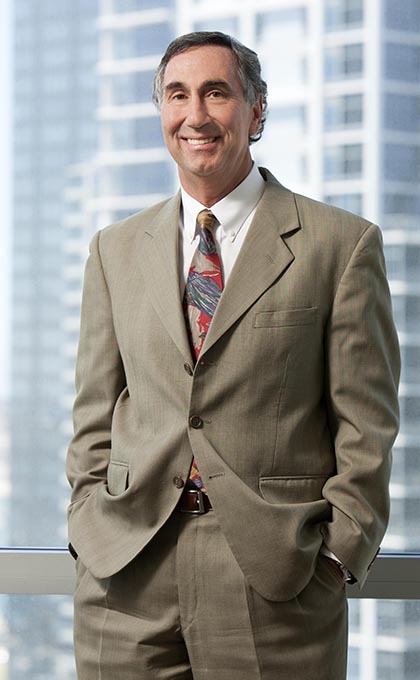