Elizabeth E. Stephens serves as managing attorney of Sullivan Hill’s Las Vegas office. She practices in the area of insolvency and bankruptcy, primarily representing trustees and creditors in consumer bankruptcies. She is also an experienced appellate lawyer, having successfully litigated before the Ninth Circuit, the Ninth Circuit Bankruptcy Appellate Panel, courts of the District of Nevada and the Supreme Court of the State of Nevada, as well as the State of Wisconsin. She is admitted to practice before the United States Supreme Court.

Originally from Milwaukee, Wisconsin, Ms. Stephens graduated from Marquette University Law School where she was a staff editor of the Marquette Law Review. As an assistant state public defender for the State of Wisconsin in the Appellate Division, she litigated hundreds of criminal appeals in the state and federal courts. Prior to joining the firm, Ms. Stephens also represented consumer debtors in Chapter 7 and Chapter 13 bankruptcies.

"BANKRUPTCY IN 2020: Part of the Treatment; Part of the Cure" by Of Counsel Elizabeth Stephens

Of Counsel, Elizabeth Stephens, to be a Moderator at ABI's Winter Leadership Conference

Of Counsel, Elizabeth Stephens, Published in the Legislation Committee Newsletter by the American Bankruptcy Institute 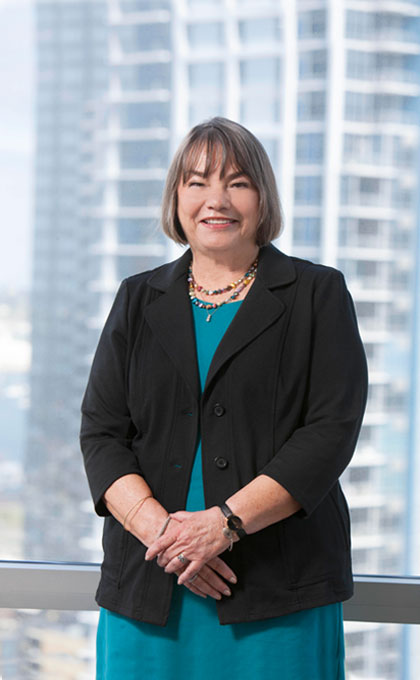