Donald G. Rez focuses his practice in the areas of business and commercial litigation, antitrust and trade regulation. He has handled all types of commercial lawsuits, including cases involving trade regulation and antitrust, breach of contract, franchisor/franchisee issues, lender liability cases, professional malpractice, and intellectual property. He has been involved in complex multi-district litigation, and his antitrust experience has involved claims of virtually every kind.

Active in the legal community, Mr. Rez is a past chair of the Civil Litigation Section of the San Diego County Bar Association (2013) and was co-chair in 2012, during which he organized and moderated many continuing education programs on topics such as California’s anti-SLAPP statute, e-filing in San Diego Superior Court and court funding. He was an editor of the Harvard Environmental Law Review, and was one of the U.S. District Court for the Southern District of California Lawyer Representatives to the Ninth Circuit Judicial Conference.  He is on the Executive Committee of the Harvard Law School Association of San Diego.

Mr. Rez has an AV® Preeminent™ Peer Review Rating by Martindale-Hubbell which he has held for more than 30 years. He was selected by his peers for inclusion in the 24th, 25th, 26th, 27th, 28th and 29th edition of  Best Lawyers in America® in the field of Commercial Litigation. He has also been recognized as a San Diego “Top Lawyer,” “Super Lawyer,” and was recognized in the top 1% of The American Registry, “Best of the Best.” In addition, he was recognized by the Martindale-Hubbell Peer Review for achieving highest level of professional excellence.

Mr. Rez is a co-author of California Pretrial Practice & Forms (James Publishing Co.), a landmark treatise on civil procedure before trial. He has written extensively and has published articles in various legal journals. He co-authored articles for the American Bar Association’s Forum Committee on Franchising, and has co-edited issues of the ABA’s Antitrust Law Journal and has lectured on procedure, discovery and trade regulation issues.

He is a past president of the Thomas More Society of San Diego, a Knight of the Equestrian Order of the Holy Sepulchre of Jerusalem, and was co-chair of the 2015 Annual Meeting for the Western Lieutenancy in San Diego. He was the coordinator for the year of Mercy for the EOHSJ in San Diego and serves on its Spirituality Committee.  He made the keynote address at the annual St. Thomas More Society dinner which honored Bankruptcy Judge John Hargrove as its attorney of the year.

Mr. Rez has been a member of the Parish and Finance Councils at Our Lady of Refuge Roman Catholic Church, and was on the Diocesian Pastoral Council for the Diocese of San Diego (2002-2004). In addition, he has served on the board of directors of Catholic Exchange and is a past president of the San Diego Chapter of Legatus (2012-2014). He was the co-chair of the Friends of the Poor-Nigeria Fundraiser for Bishops Anthony Adaju and Martin Uzoukwu in August 2015.  He provides communion service at Wesley Palms Retirement Home. 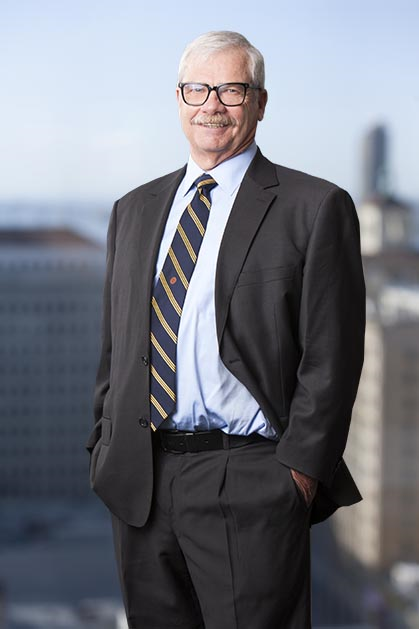