Ms. Carroll was the recipient of the 2018 Outstanding Attorney Award from the San Diego County Bar Association, which is presented to an exemplary attorney who provides outstanding community service above and beyond just service to the legal profession.  A graduate of Duke University Law School, Ms. Carroll was honored in 2009 with the Law School’s Charles S. Rhyne Award, given to an alumna whose career as a practicing attorney has demonstrated the highest standards of professionalism and personal integrity. She holds an AV® Preeminent™ Peer Review Rating with Martindale-Hubbell and was selected by her peers for inclusion in the 26th, 27th, 28th and 29th edition of Best Lawyers in America® in the field of Commercial Litigation.

Ms. Carroll has also been recognized as a Super Lawyer in the field of Appellate Law in 2007 and 2011-2022.  She was also named a Top San Diego Lawyer by San Diego Magazine in 2015-2022.  Ms. Carroll was recognized in the special section titled, “Women of Influence in Law 2021,” of the San Diego Business Journal (SDBJ) for her accomplishments in the San Diego legal community.

Prior to her 30 years of practice with Sullivan Hill, Ms. Carroll spent seven years in the Appellate Court Branch of the National Labor Relations Board in Washington, D.C., and a year serving as court law clerk to the U.S. Court of Appeals for the District of Columbia Circuit. She has taught seminars on advanced legal writing at Duke University and University of San Diego Law School, and for several years has supervised a Ninth Circuit Legal Clinic at the University of San Diego Law School.

Four Sullivan Hill Attorneys Recognized as "Women of Influence: 50 Over 50 2021" by the San Diego Business Journal 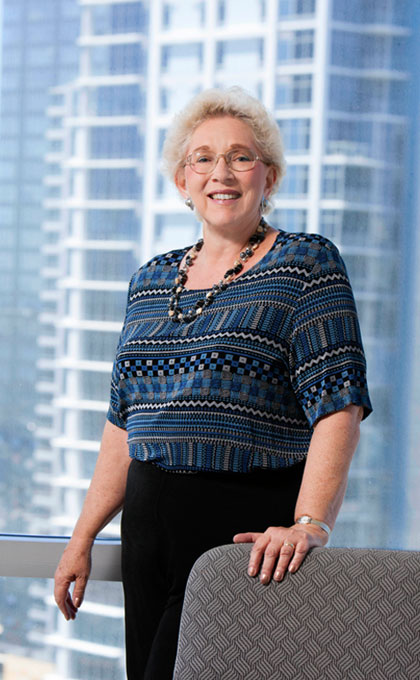