Mr. Wall attended University of Massachusetts, where he graduated with a Bachelor of Arts in Philosophy in 2010. He went on to attend Suffolk University Law School, where he earned his Juris Doctor degree in 2013. In law school he was a member of the Suffolk Transnational Law Review and a Trustees’ Scholarship Recipient. He also served as a judicial intern in the Massachusetts Superior and District Courts.

Prior to joining Sullivan Hill, Mr. Wall was an Associate Partner at a law firm in Massachusetts, where he worked as a litigator and trial attorney in the areas of commercial and real estate litigation, insurance coverage disputes, personal injury, and professional liability. He represented companies and individuals in a wide variety of civil matters throughout the courts of Eastern Massachusetts. He served as a Judicial Intern in Massachusetts at both the Superior Court and District Court, where he worked closely with Judges in analyzing issues and preparing judicial opinions. 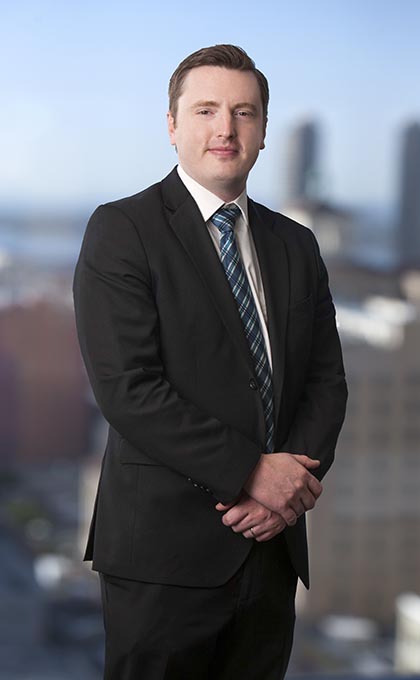